Fred Tschopp came to New Zealand at the start of the Depression and made plans for five parks in Auckland, such as Craigavon Park.  He also worked on many other major projects around the country.
Unitec Library holds a special collection of materials related to his work in New Zealand. 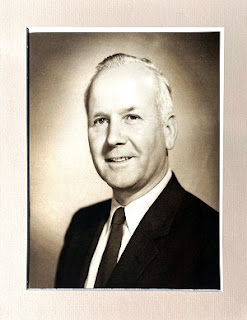 Who was Fred Tschopp?

Fred Tschopp was born in 1901 and died in 1980. He was American and did a lot of work in and around Los Angeles. In the late 1920s, he and his wife decided to go on a big world exploration, which led him to arrive in New Zealand. He was provided with many letters of recommendation from people in the US who he had worked with/for, recommending him as a trustworthy gentleman and a fine landscape architect. We have many of these letters. During his time in New Zealand, he worked for the Borough of Mt Albert, worked on landscaping Parliament House and Premier House, and was heavily involved in what appears to be his biggest project of landscaping the city of Rotorua. This work was done in the early 1930s. 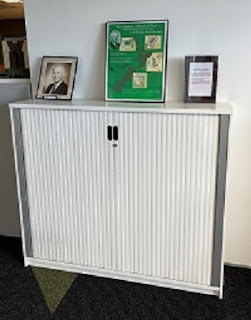 Location of the collection

The collection is in a cabinet in the quiet study area on Level 3 of Te Puna. It is in a half-height tambour.

The cabinet is currently locked.  Send an email to libinfo@unitec.ac.nz to arrange a time to access the cabinet.  These items cannot be removed from the library.

What do we have in the collection?
To see the collection do a keyword search in the library catalogue for the phrase "Fred Tschopp Collection"
Posted by Unitec Library at 2:55 pm

View latest issues of our Advance Magazine - for articles about Unitec research and applied practice.